Why We Hate You & Why We Fight You

Shortly following the blessed attack on a sodomite, Crusader nightclub by the mujahid Omar Mateen, American politicians were quick to jump into the spotlight and denounce the shooting, declaring it a hate crime, an act of terrorism, and an act of senseless violence. A hate crime? Yes. Muslims undoubtedly hate liberalist sodomites, as does anyone else with any shred of their fitrah (inborn human nature) still intact. An act of terrorism? Most definitely. Muslims have been commanded to terrorize the disbelieving enemies of Allah. But an act of senseless violence? One would think that the average Westerner, by now, would have abandoned the tired claim that the actions of the mujahidin – who have repeatedly stated their goals, intentions, and motivations – don’t make sense. Unless you truly – and naively – believe that the crimes of the West against Islam and the Muslims, whether insulting the Prophet, burning the Quran, or waging war against the Caliphate, won’t prompt brutal retaliation from the mujahidin, you know full well that the likes of the attacks carried out by Omar Mateen, Larossi Aballa, and many others before and after them in revenge for Islam and the Muslims make complete sense. The only thing senseless would be for there to be no violent, fierce retaliation in the first place!

Many Westerners, however, are already aware that claiming the attacks of the mujahidin to be senseless and questioning incessantly as to why we hate the West and why we fight them is nothing more than a political act and a propaganda tool. The politicians will say it regardless of how much it stands in opposition to facts and common sense just to garner as many votes as they can for the next election cycle. The analysts and journalists will say it in order to keep themselves from becoming a target for saying something that the masses deem to be “politically incorrect.” The apostate “imams” in the West will adhere to the same tired cliché in order to avoid a backlash from the disbelieving societies in which they’ve chosen to reside. The point is, people know that it’s foolish, but they keep repeating it regardless because they’re afraid of the consequences of deviating from the script. There are exceptions among the disbelievers, no doubt, people who will unabashedly declare that jihad and the laws of the Shari’ah – as well as everything else deemed taboo by the Islam-is-a-peaceful-religion crowd – are in fact completely Islamic, but they tend to be people with far less credibility who are painted as a social fringe, so their voices are dismissed and a large segment of the ignorant masses continues believing the false narrative. As such, it becomes important for us to clarify to the West in unequivocal terms – yet again – why we hate you and why we fight you. 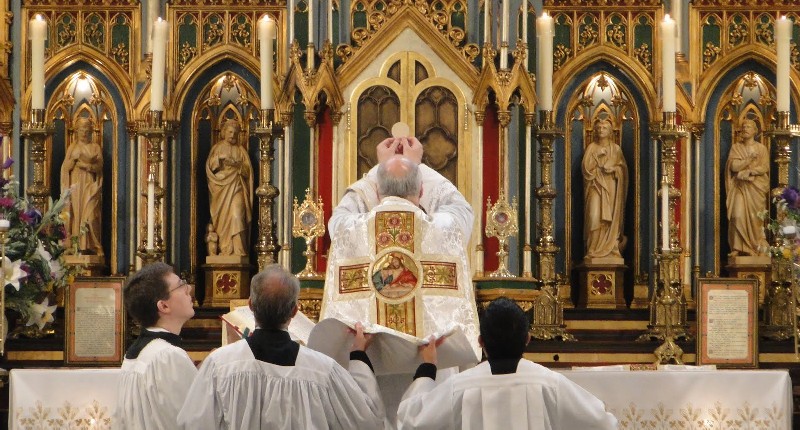 1. We hate you, first and foremost, because you are disbelievers; you reject the oneness of Allah – whether you realize it or not – by making partners for Him in worship, you blaspheme against Him, claiming that He has a son, you fabricate lies against His prophets and messengers, and you indulge in all manner of devilish practices. It is for this reason that we were commanded to openly declare our hatred for you and our enmity towards you. “There has already been for you an excellent example in Abraham and those with him, when they said to their people, ‘Indeed, we are disassociated from you and from whatever you worship other than Allah. We have rejected you, and there has arisen, between us and you, enmity and hatred forever until you believe in Allah alone’” (Al-Mumtahanah 4). Furthermore, just as your disbelief is the primary reason we hate you, your disbelief is the primary reason we fight you, as we have been commanded to fight the disbelievers until they submit to the authority of Islam, either by becoming Muslims, or by paying jizyah – for those afforded this option – and living in humiliation under the rule of the Muslims. Thus, even if you were to stop fighting us, your best-case scenario in a state of war would be that we would suspend our attacks against you – if we deemed it necessary – in order to focus on the closer and more immediate threats, before eventually resuming our campaigns against you. Apart from the option of a temporary truce, this is the only likely scenario that would bring you fleeting respite from our attacks. So in the end, you cannot bring an indefinite halt to our war against you. At most, you could only delay it temporarily. “And fight them until there is no fitnah [paganism] and [until] the religion, all of it, is for Allah” (Al-Baqarah 193). 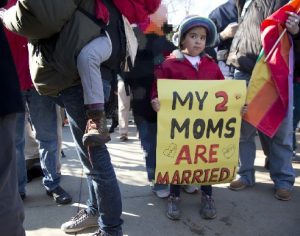 2. We hate you because your secular, liberal societies permit the very things that Allah has prohibited while banning many of the things He has permitted, a matter that doesn’t concern you because you separate between religion and state, thereby granting supreme authority to your whims and desires via the legislators you vote into power. In doing so, you desire to rob Allah of His right to be obeyed and you wish to usurp that right for yourselves. “Legislation is not but for Allah” (Yusuf 40). Your secular liberalism has led you to tolerate and even support “gay rights,” to allow alcohol, drugs, fornication, gambling, and usury to become widespread, and to encourage the people to mock those who denounce these filthy sins and vices. As such, we wage war against you to stop you from spreading your disbelief and debauchery – your secularism and nationalism, your perverted liberal values, your Christianity and atheism – and all the depravity and corruption they entail. You’ve made it your mission to “liberate” Muslim societies; we’ve made it our mission to fight off your influence and protect mankind from your misguided concepts and your deviant way of life.

3. In the case of the atheist fringe, we hate you and wage war against you because you disbelieve in the existence of your Lord and Creator. You witness the extraordinarily complex makeup of created beings, and the astonishing and inexplicably precise physical laws that govern the entire universe, but insist that they all came about through randomness and that one should be faulted, mocked, and ostracized for recognizing that the astonishing signs we witness day after day are the creation of the Wise, All-Knowing Creator and not the result of accidental occurrence. “Or were they created by nothing, or were they the creators [of themselves]?” (At-Tur 35). Your disbelief in your Creator further leads you to deny the Day of Judgment, claiming that “you only live once.” “Those who disbelieve have claimed that they will never be resurrected. Say, ‘Yes, by my Lord, you will surely be resurrected; then you will surely be informed of what you did. And that, for Allah, is easy’” (At-Taghabun 7).

4. We hate you for your crimes against Islam and wage war against you to punish you for your transgressions against our religion. As long as your subjects continue to mock our faith, insult the prophets of Allah – including Noah, Abraham, Moses, Jesus, and Muhammad – burn the Quran, and openly vilify the laws of the Shari’ah, we will continue to retaliate, not with slogans and placards, but with bullets and knives.

5. We hate you for your crimes against the Muslims; your drones and fighter jets bomb, kill, and maim our people around the world, and your puppets in the usurped lands of the Muslims oppress, torture, and wage war against anyone who calls to the truth. As such, we fight you to stop you from killing our men, women, and children, to liberate those of them whom you imprison and torture, and to take revenge for the countless Muslims who’ve suffered as a result of your deeds.

6. We hate you for invading our lands and fight you to repel you and drive you out. As long as there is an inch of territory left for us to reclaim, jihad will continue to be a personal obligation on every single Muslim.

The Crusaders continue their war against Islam

What’s important to understand here is that although some might argue that your foreign policies are the extent of what drives our hatred, this particular reason for hating you is secondary, hence the reason we addressed it at the end of the above list. The fact is, even if you were to stop bombing us, imprisoning us, torturing us, vilifying us, and usurping our lands, we would continue to hate you because our primary reason for hating you will not cease to exist until you embrace Islam. Even if you were to pay jizyah and live under the authority of Islam in humiliation, we would continue to hate you. No doubt, we would stop fighting you then as we would stop fighting any disbelievers who enter into a covenant with us, but we would not stop hating you.
What’s equally if not more important to understand is that we fight you, not simply to punish and deter you, but to bring you true freedom in this life and salvation in the Hereafter, freedom from being enslaved to your whims and desires as well as those of your clergy and legislatures, and salvation by worshiping your Creator alone and following His messenger. We fight you in order to bring you out from the darkness of disbelief and into the light of Islam, and to liberate you from the constraints of living for the sake of the worldly life alone so that you may enjoy both the blessings of the worldly life and the bliss of the Hereafter.
The gist of the matter is that there is indeed a rhyme to our terrorism, warfare, ruthlessness, and brutality. As much as some liberal journalist would like you to believe that we do what we do because we’re simply monsters with no logic behind our course of action, the fact is that we continue to wage – and escalate – a calculated war that the West thought it had ended several years ago. We continue dragging you further and further into a swamp you thought you’d already escaped only to realize that you’re stuck even deeper within its murky waters… And we do so while offering you a way out on our terms. So you can continue to believe that those “despicable terrorists” hate you because of your lattes and your Timberlands, and continue spending ridiculous amounts of money to try to prevail in an unwinnable war, or you can accept reality and recognize that we will never stop hating you until you embrace Islam, and will never stop fighting you until you’re ready to leave the swamp of warfare and terrorism through the exits we provide, the very exits put forth by our Lord for the People of the Scripture: Islam, jizyah, or – as a last means of fleeting respite – a temporary truce.